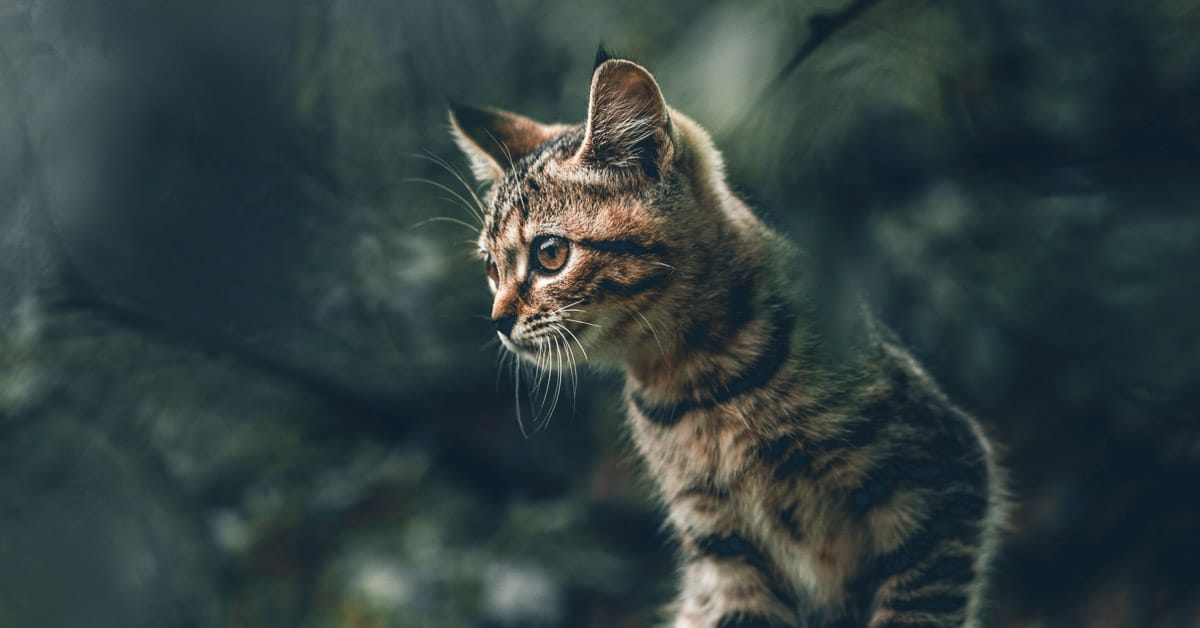 Carnivores are organisms that eat mostly meat. Obligate carnivores, such as domesticated cats, require animal meat to survive. Their bodies are not equipped to digest plants and they can’t get the nutrients they need from a plant-based diet. Carnivores and obligate carnivores that hunt down prey to get food are known as predators.

In this article, we’ll explain the difference between various types of carnivores, their dietary requirements, and what cat food is most beneficial for obligate carnivores.

What is an obligate carnivore?

Obligate carnivores are meat eaters by necessity. They are genetically conditioned to feed on the tissue of animals to be able to survive. Cats can’t obtain all the nutrients they need, vitamin A, taurine, and fatty acids, from eating plants and vegetables. These come from animal flesh or in the form of supplements added to cat food.

One of the distinctive traits of obligate carnivores is that they need high amounts of protein, rather than carbohydrates, to regulate blood sugar levels. Cats are so dependent on animal protein as a source of energy that the lack of it in their diet would cause their own muscles to break down so that they can be used as a form of protein for energy.

A cat’s digestive tract is fully adapted for eating raw animals. It’s also much shorter in length compared to other species. Since raw animal flesh is extremely digestible, obligate carnivores have evolved to have a shorter gut than other mammals. Because of this, a cat’s digestive systems can’t metabolize large amounts of plant matter.

A carnivore is defined as an organism that mostly feeds on meat or animal flesh. Although the majority of carnivores are animals, some plants belong to this group, such as the Albany Pitcher Plant, the Venus Flytrap, and the Cobra Lily. Carnivorous plants feed by trapping and digesting insects and sometimes even small frogs.

Carnivores eat herbivores (animals that mainly eat plants), omnivores also called facultative carnivores (animals that eat various organisms, including plants, fungi, and other animals), and even other carnivores. Every natural community depends on the presence of carnivores because they maintain the balance of an ecosystem and prevent species from becoming overpopulated.

There are different types of carnivores, which are categorized according to the percentage of animal meat needed in their natural diet.

Hypercarnivores, like cats, need at least 70 percent of their diet to be animal meat. This group encompasses all obligate carnivores and are also known as true carnivores.

These carnivores, such as foxes, need 50 percent of their diet to be made up of animal meat, the rest consists of fruit, vegetables, and fungi.

Hypocarnivores need less than 30 percent of their diet to be animal meat. Most bear species are hypocarnivores, including the grizzly bear and the black bear. In addition to meat, they eat fish, nuts, and berries. 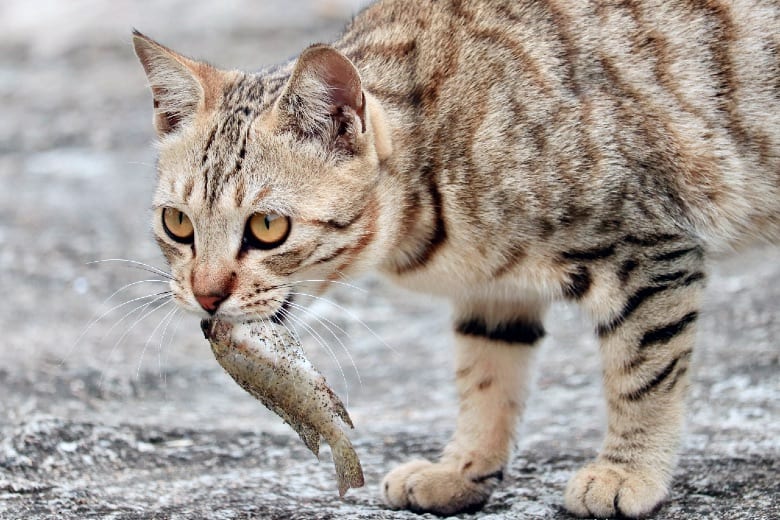 What animals are obligate carnivores?

All members of the Felidae family, including domestic cats, are obligate carnivores. Obligate carnivores are a diverse group of animals, some of which include ferrets, mink, seals, sea lions, walruses, and dolphins. They all fall under the carnivora order of mammals.

Domestic cats have the same dietary needs as their ancestors

The common ancestor of domestic cats was the North African/Southwest Asian wildcat. This cat lived in the desert, without access to an abundance of vegetation. Consequently, their body was adapted to survive without plants. These cats get water and their necessary nutrients from hunting animals that lived in their environment, namely small birds and rodents.

Since the domestication of cats happened over a relatively short period, modern-day cats have many characteristics that their ancestors possessed, including the same dietary needs.

Studies have shown that cats thrived on an entirely meat-based diet throughout their development. Cat owners that insist on feeding their cat a vegan cat food diet have to understand that cats simply must eat meat to survive.

Consequently, cats have lost the ability to make amino acids in the same way that herbivores and omnivores do. Instead, they rely on their diet for many amino acids (the building blocks of protein). 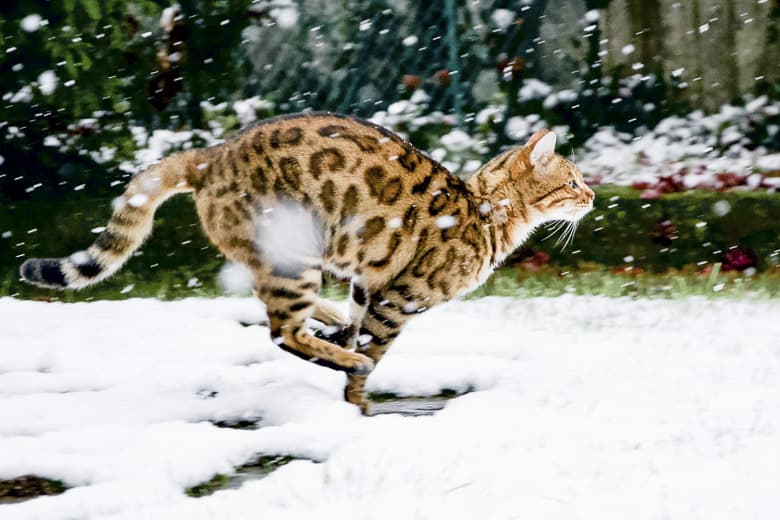 The majority of species require nine essential amino acids (the ones that have to be obtained from the diet), but felines must have additional two amino acids to survive, which are taurine and arginine.

Taurine is an amino acid that can only be found in animal-derived sources, like meat and milk. Unlike humans or dogs, cats can’t produce sufficient amounts of taurine. They must ingest these amino acids through animal meat.

Taurine is extremely important for maintaining the proper health of the eyes and heart. It’s also beneficial when it comes to reproduction and kitten growth. If cats don’t get enough taurine from their diet, they may suffer from serious eye problems, including blindness caused by retinal degeneration.

Lack of taurine can also cause reproductive failure, developmental abnormalities of the central nervous system, and dilated cardiomyopathy. This disease causes the heart muscle to become weak and inhibits its ability to pump blood and transfer oxygen properly. This may lead to heart failure.

Arginine is an amino acid that can also be found in animal tissue and dairy products. It’s important for cats because it helps remove ammonia from their bodies, which is a waste product that comes from the breakdown of proteins.

If ammonia isn’t removed from a cat’s body, it can result in lethargy, drooling, vomiting, weight loss, and neurologic symptoms that may lead to seizures and death.

In addition to these amino acids, cats don’t have the metabolic ability to synthesize certain vitamins which are essential for their health, such as vitamin A and vitamin D. Both of these nutrients must be obtained from eating animal meat.

Vitamin A comes from either retinoid, which is an animal-based source, or from carotenoids, which is a plant-based source. Plants contain beta carotene, which consists of two molecules of vitamin A joined together by a chemical bond. Humans produce a digestive enzyme that is able to break the bond between the molecules and convert beta carotene molecules into vitamin A molecules.

Cats can’t produce such an enzyme, and so they can’t derive vitamin A from plants. They can certainly eat vegetables such as carrots and pumpkins, but they are unable to convert beta carotene from these plants into vitamin A. Therefore, cats need to get vitamin A in the pre-formed state, from eating animal meat.

Although cats can’t synthesize vitamin A from plants, that doesn’t mean that they can’t benefit from beta carotene. This nutrient also has antioxidant properties, and some research has shown that beta carotene helps with the treatment of skin damaged by sun or solar dermatitis in pets.

Cats also can’t synthesize vitamin D from sunlight, so they must get it from animal tissue. Vitamin D is commonly found in egg yolk, liver, beef, dairy, and fish.

Vitamin D is important for the proper functioning of the muscles and nerves, and bone growth. Insufficient amounts of vitamin D can cause severe health issues in cats, including heart failure and bone disorders.

Although cats don’t need carbohydrates to regulate their blood sugar levels (they use protein instead), they can still digest carbs. While humans produce salivary amylase, which enables the process of breaking down carbs to start in the mouth, cats produce amylase in their pancreas, so they are still capable of digesting carbohydrates. Just not as effectively as humans.

As cats have adapted throughout their evolutionary history to hunting prey that’s high in protein, but low in carbs, they don’t have a nutritional requirement for carbohydrates, so their diet shouldn’t be rich in carbs. For a great list of low carb cat food options check out our article “Best Low Carb Cat Foods.” 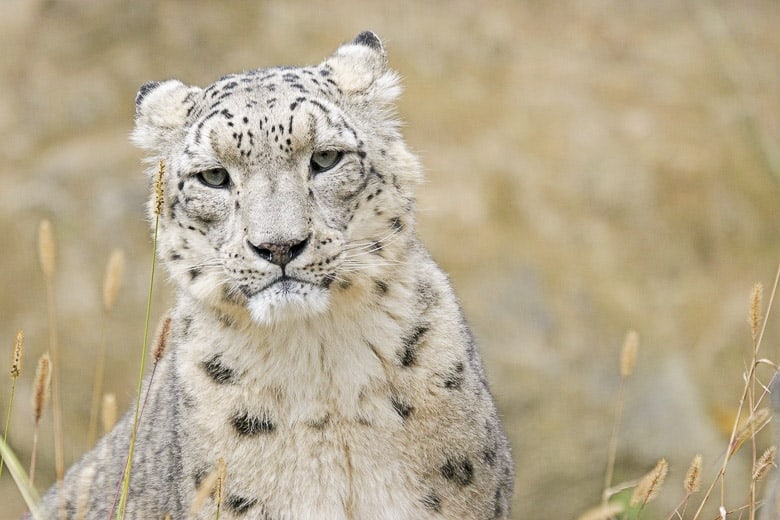 While there is currently insufficient scientific evidence to support the claim that excessive intake of carbs leads to obesity in cats, some studies have shown that too many carbohydrates increase the risk of diabetes mellitus in cats.

Feline diabetes occurs when a cat’s body is unable to produce insulin to regulate blood sugar levels, which may lead to issues such as loss of appetite, dehydration, weight loss, vomiting, and even death.

Carbs in cat food are found in potatoes, legumes, and grains. Choosing low-carb cat food for your pet is always a good idea, as it’s the way to eliminate unnecessary products from their diet and may reduce the risk of feline diabetes.

As obligate carnivores, cats need food that has high amounts of protein, moderate amounts of fat, and low amounts of carbs. There is a diverse selection of commercial cat food available, and the right type of food will depend on your cat’s individual preferences. If you’re looking for a comprehensive list of high protein cat foods check out our list of the Best High Protein Cat Foods.

Some veterinarians favor wet cat food because it has a high percentage of moisture (at least 75 percent) and it’s a good source of water. This type of food generally has meats or whole meat by-products as primary ingredients, making it a quality source of protein.

Canned cat food may be more expensive than dry food, and it has a shorter shelf life, as it needs to be kept in the fridge after opening to stay fresh.

Dry cat food is the most affordable option which can be stored for longer periods. But you don’t give your cat expired dry food, as the nutrients in it degrade. Keep dry kibble in an airtight container to preserve freshness and flavor.

Dry cat food requires starch for binding purposes and contains high amounts of carbs and sugar. For this reason, some cat owners avoid incorporating it into their cat’s diet. You can opt for mixing a balanced and nutritionally complete dry food with an equally high quality wet cat food to create a wholesome diet.

Some cat parents prefer to give their pets raw food because it resembles the way cats eat in the wild. Many cat food brands offer freeze-dried meals, which are highly nutritious. They typically contain chicken, eggs, or fish, and may include other types of meat as well.

Carnivores are organisms that mostly eat meat or animal flesh, whereas obligate carnivores, such as cats, require a diet with 70 percent meat to survive.

Cats need animal protein to regulate blood sugar levels and as a source of energy. They don’t have the metabolic ability to produce certain nutrients, such as taurine, arginine, vitamin A, and vitamin D, so they must get it by eating animal flesh.

Cats don’t require carb-rich diets and they can thrive on both dry and canned food, although a mixture of both may be beneficial. If you’re in doubt about what type of pet food is best for your cat, it’s always a good idea to consult your vet.