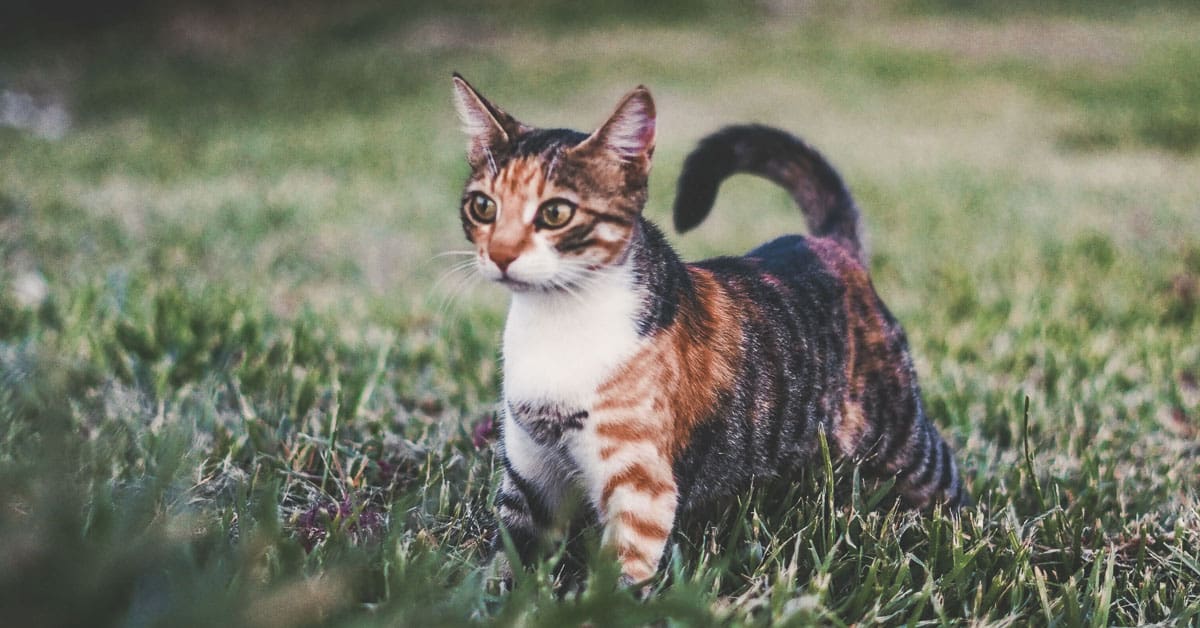 From tabbies to tuxies to torties to tricolors, the world of cat coats is a vast and colorful one! But, while these housecat patterns are household names, there’s one cat that’s rarer than the rest, the torbie cat. In a nutshell, a torbie cat is a tabby cat with a tortoiseshell coat pattern.

But what’s the story behind this unusual (and adorably named) type of cat? What sets torbies apart from other cats? Is it true that torbie cats are always female? And that they have bad attitudes?

In this playful, pattern-filled article we’re taking a close look at all things torbie. We’ll also be peeking behind the feline genetic curtain to set the story straight on:

What kind of cat is a Torbie?

Torbie is short for tortoiseshell tabby. As their nickname suggests, torbies are kitties with a tabby pattern made up of tortoiseshell cat coat colors. Torbies aren’t a single cat breed. The pattern and colors can appear in domesticated purebred and mixed breed cats.

Torbies are sometimes called reverse torties or patched tabbies. This is because of the unique way their genetics combine a tabby pattern with the orange, black, and light red tortoiseshell markings.

Torbie cats are extremely rare and nearly always female. That’s because the genes responsible for the black and red (or orange) coat color are on the x chromosome.

Female cats have two x chromosomes, while a male cat has one x chromosome and one y chromosome. This means male cats can get either the black or the red gene, but not both.

Unless they’re 1 in 3,000 male cats born with a genetic abnormality known as Klinefelter’s Syndrome, or XXY Syndrome, you won’t find male tortoiseshell or torbies running around. 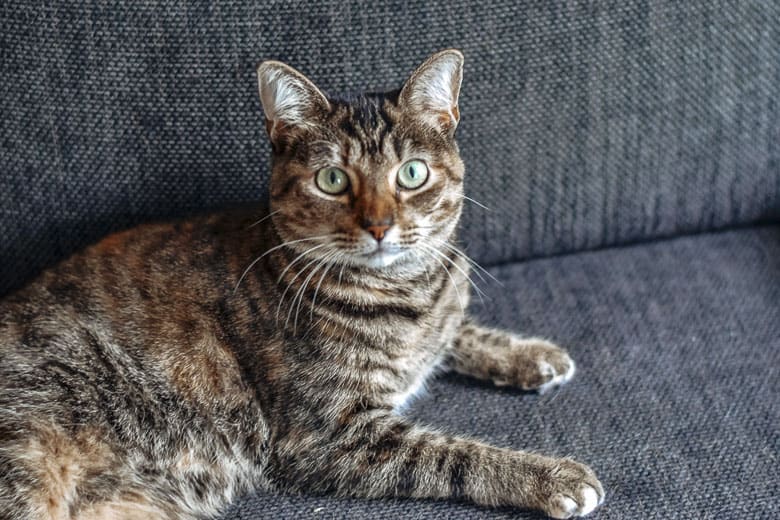 What’s the difference between a Tabby, Tortie, and Calico cat?

The easiest way to tell the difference between a tortie, calico, and tabby cat is by taking a close look at the coat color of each feline.

Tabbies are the most common domesticated cats and often the most popular.

All tabbies have an “M” stamped onto their forehead, “eyeliner” markings around their eyes, and have stripes, or bands, on their legs and tails. This is thanks to the agouti gene which causes the many bands of pigmentation on each hair.

Tabby cats tend to be equally male and female. The one exception to this is the predominantly male ginger or orange cats. Because of the “ginger” gene on their x chromosome, they tend to outnumber female ginger cats by three to one!

According to Alley Cat Allies and the University of Florida College of Veterinary Medicine, a majority of felines in the world are brown mackerel tabby cats.

Tortoiseshell cats, fondly known as torties, get their names from their tri-colored fur. Their red, orange, and black coat color resembles that of the shell of a tortoise!

Unlike torbies and tabbies, tortoiseshell cats don’t have any stripes. Their fur tends to have a marbled appearance and their coloration can range from deep chocolate and caramel tones to softer and more muted fawn brown and butterscotch. Genuine tortoiseshell cats don’t have any white in their fur, which sets them apart from calico and torbie cats.

These tricolored cuties are as instantly recognizable and nearly as beloved as tabby cats!

Calicos are known for the big orange and black patches around their pristine snow-white coat. Calicos have more of a solid coloration than a tortie cat and tabby cat. They only have stripes on the ginger patches of their fur. And their fur isn’t swirled or marbled together like tortie cats.

As with tortoiseshell and torbie cats, calico cats inherit one black and one orange gene on their x chromosomes, which means calicos are almost always female. For a feline fun fact, calicos are also the official state cat of Maryland!

Considering that torbie cats are a color and pattern of cat, and not a breed, torbie traits and personalities vary from cat to cat.

Fans of torbies and torbie cat parents aren’t shy about sharing what makes their feline friends so extraordinary!

People who’ve shared their lives with these colorful kitties often describe their behavior as playful, outgoing, and energetic. Torbies’ sunny dispositions mean they’re often good with children and other cats.

Torbies are said to romp around the house, scale furniture to great heights, and get a little scratch happy with couches, armchairs, and rugs.

There’s no evidence that torbie cats are mean.

But, a UC Davis Veterinary Medical Teaching Hospital study found that calico cats and tortoiseshell cats show higher rates of aggression than other colored cats. These feisty felines are said to be more prone to biting, scratching, hissing, and swatting at humans than other cats. 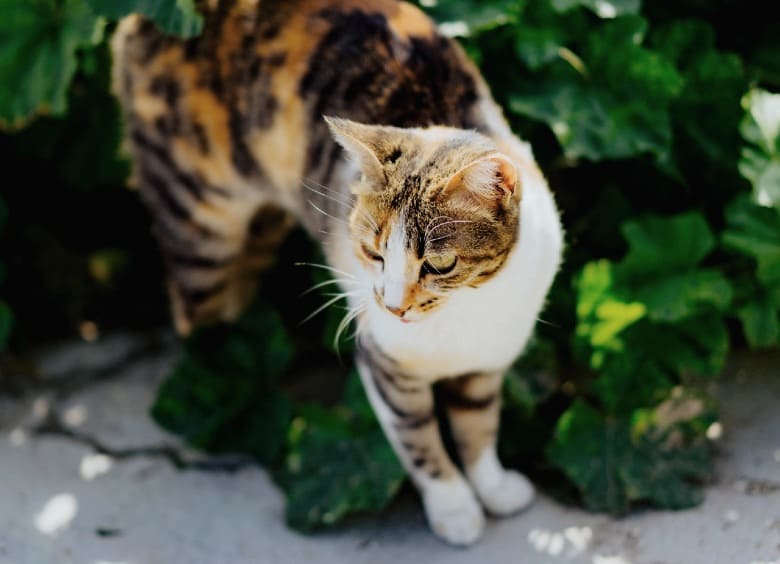 Their unique combination of genetics makes the torbie pattern the rarest of all cat coat colorations. Because of this, torbies are considered to be good luck cats and bring prosperity to their guardians.

Torbie cats can range from cinnamon red and sterling silver with classic tabby stripes and whirls, to tawney brown mackerel stripes with creamy swirls of amber and caramel orange.

How about dilute Torbie cats?

Because dilute refers to the shade of the torbie cat’s coat coloration, they’re as rare as any other torbie.

What sets dilute torbies apart from non-diluted torbies is their muted, softer, and less intense coloration.

These cats inherit a slightly different gene than their non-dilute feline family members, which causes their pale hues of orange, browns, and blacks.

Dilute torbies often have blue-gray, pale reddish-gold, and creamy buff-brown stripes and patches on their fur.

How do I know my cat is a Torbie?

The best way to know if your cat is a torbie is to get a good look at their markings and coat color.

Torbie cats have a blend of tabby stripes, whorls, spots, or ticked fur, along with the orange, brown, black, and white tri coloration that’s common to calico and tortoiseshell cats.

These patched tabbies also often have a wider variety of the intensity and tones of those base colors. Torbie cats can have a blend of many orange, brown, and black hues rather than uniform shades that are more often found in the tortoiseshell coat color.

Do Torbie cats have health problems?

It’s usually male torbies that can have serious health complications. This is because all male torbies are born with Klinefelter’s Syndrome. Instead of having one x chromosome and one y chromosome they have two x’s and one y.

Where can Torbie cats be found?

Because torbie refers to the tortoiseshell tabby colors and markings, torbie cats can be any breed. From purebred short-haired cats to mixed-breed long-haired cats, if the feline in question has the correct genes for the tabby patterns and tortoise shell coloration they’ll be born a torbie. 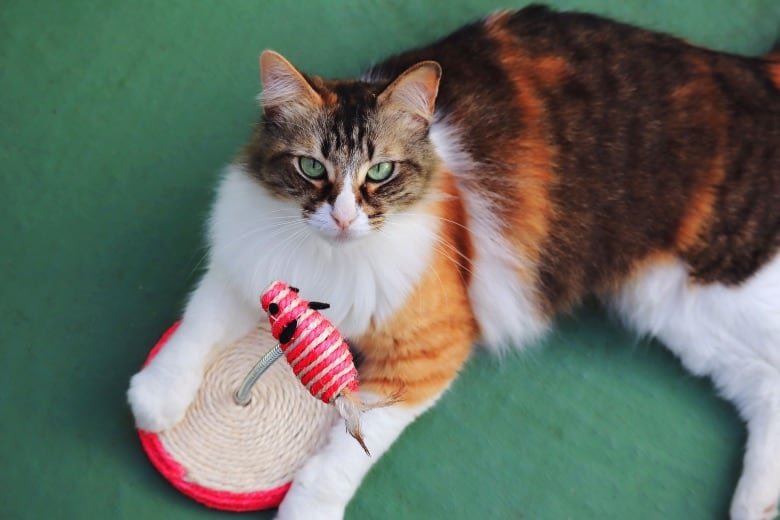 What breeds have Torbie cats?

Purebred cat breeds who can produce kitties with torbie colors and markings include:

Can hairless cats be Torbies?

Yes! Hairless cats can be torbies! Sphynx (a hypoallergenic cat) and Peterbalds are two breeds of hairless who can inherit the genes for calico and tortoise shell coloration with tabby stripes.

Torbie cats with their stunning coats of stripes and swirls and marbled caramel, cream, and chocolate hues are eye-catching and heart-winning creatures.

Often mixed breed females, these tabby tortoiseshell cats have won the feline genetic lottery and are as rare as they come. Beloved for their energetic, friendly, and warm personalities, these colorful kitties are an extraordinary bunch. 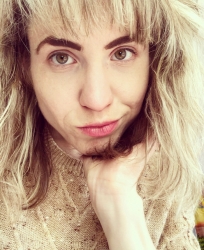